The fifth-grader Valentina Aita of the CEIP Cap d’Or is the winner of the contest “Christmas Cards 2019”. Her painting will serve the municipality Teulada Moraira as official Christmas Card. The idea came from the department of culture and more than 700 kids of the municipality’s public schools, age kindergarten and primary school, participated.

The painting stands out because of the accuracy of its elements and its careful composition but also because of the choice of its colour contrast. It shows the Christmas Star and a series of typical Christmas elements: nativity set, Father Christmas, gifts and Christmas adornments.

The head of the jury was the councillor for culture, Alejandro Llobell. Ann Ivars, librarian, and Ginés Salvà acted as members of the jury. Secretary was the head of cultural services of the municipality Teulada Moraira, Jaume Buigues. 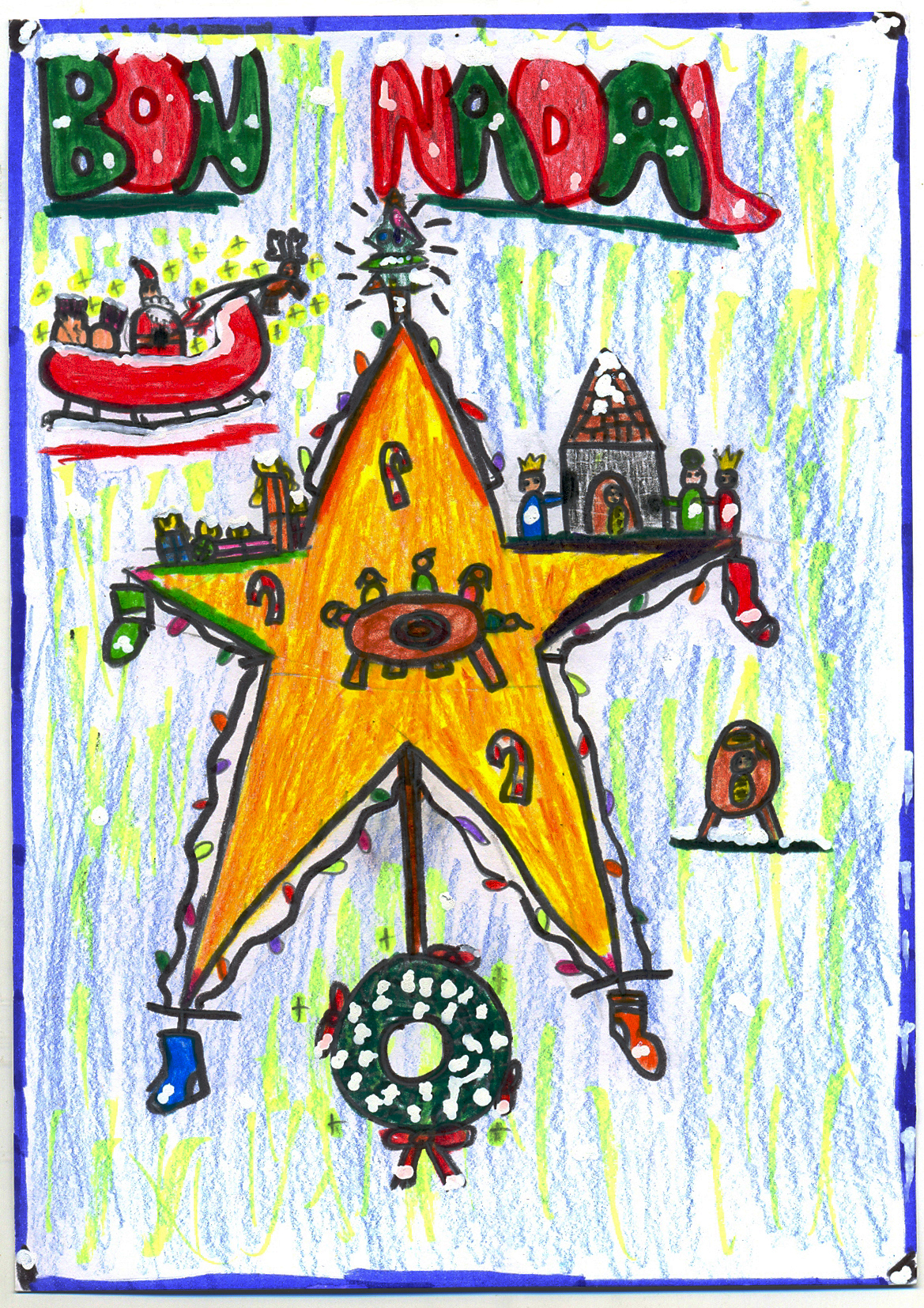